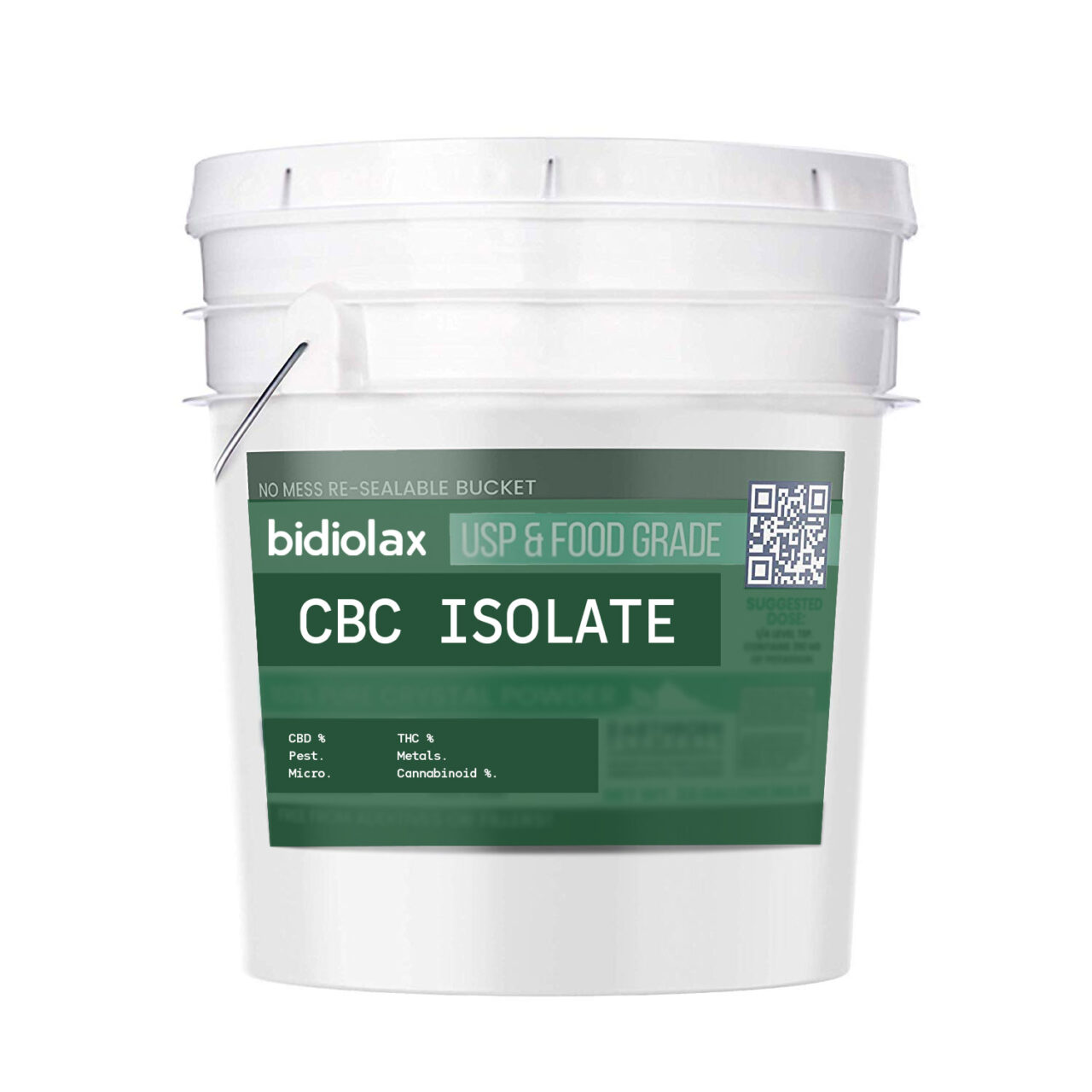 CBC Isolate. We are under research for providing CBC Isolate. Currently we provide CBD, CBG, CBGa, CBN as well as other cannabinoid isolate.

As of 2017, CBC is under laboratory research to identify its possible pharmacological properties. No in vivo human studies exist as of 2019. In vitro, CBC is not active at CB1 or CB2 receptors, but is an agonist of TRPA1 and less potently, an agonist of TRPV3 and TRPV4. CBC has two stereoisomers.

What is CBC Isolate?

We work directly with large scale hemp processors processors to source and distribute hemp-derived CBC Isolate and other CBD products in North America and internationally. We sell bulk hemp and CBC Isolate extracts in legal markets only

We sell our CBC Isolate directly to licensed processing and manufacturing companies in the pharmaceutical, nutraceutical, biotechnology and food and beverage sectors.

We have issued offtake agreements to purchase low THC hemp-derived distillate and other concentrates for local processing and export.

Note, these standards aren’t yet relevant in the current US CBC Isolate market.

Our labs have large requirements for quality certified biomass, so if you are an experienced farmer, cooperative, nation or investment group seeking to enter the high CBC Isolate hemp production space please contact us to discuss potential orders.

If you require wholesale CBG Crude oil please complete a wholesale product enquiry form and our sales team will contact you.

Our wholesale opportunities include a wide range of products like CBG crude oil, CBC Isolate, and CBG isolate. We will soon be launching ready-to-sell options for isolate-infused products in addition to our hemp biomass and CBG isolate.

What is your potency goal for CBC Isolate?

We aim to achieve 95.0% potency for our CBC Isolate, extracted with GMP and in compliance with all regulatory requirements. Extraction results that do not meet our requirements are not available for our clients or our retail brands.

Are you a CBC Isolate broker?

No. We do not use middle-men or brokers to manufacture our end-user needs and we use our own CBG biomass to supply our V2 Inline ethanol extraction machines to create CBC Crude Oil. Then we manufacture the crude oil into CBC Isolate

What types of retail products will you offer besides CBC Isolate?

We offer CBC Isolate to our customers. Besides, CBC Isolate, we will offer 4 lines of products including CBD oil (tinctures) for humans and pets, health and beauty products, pet treats, edibles (gummies), and CBD Distillate for vapes.