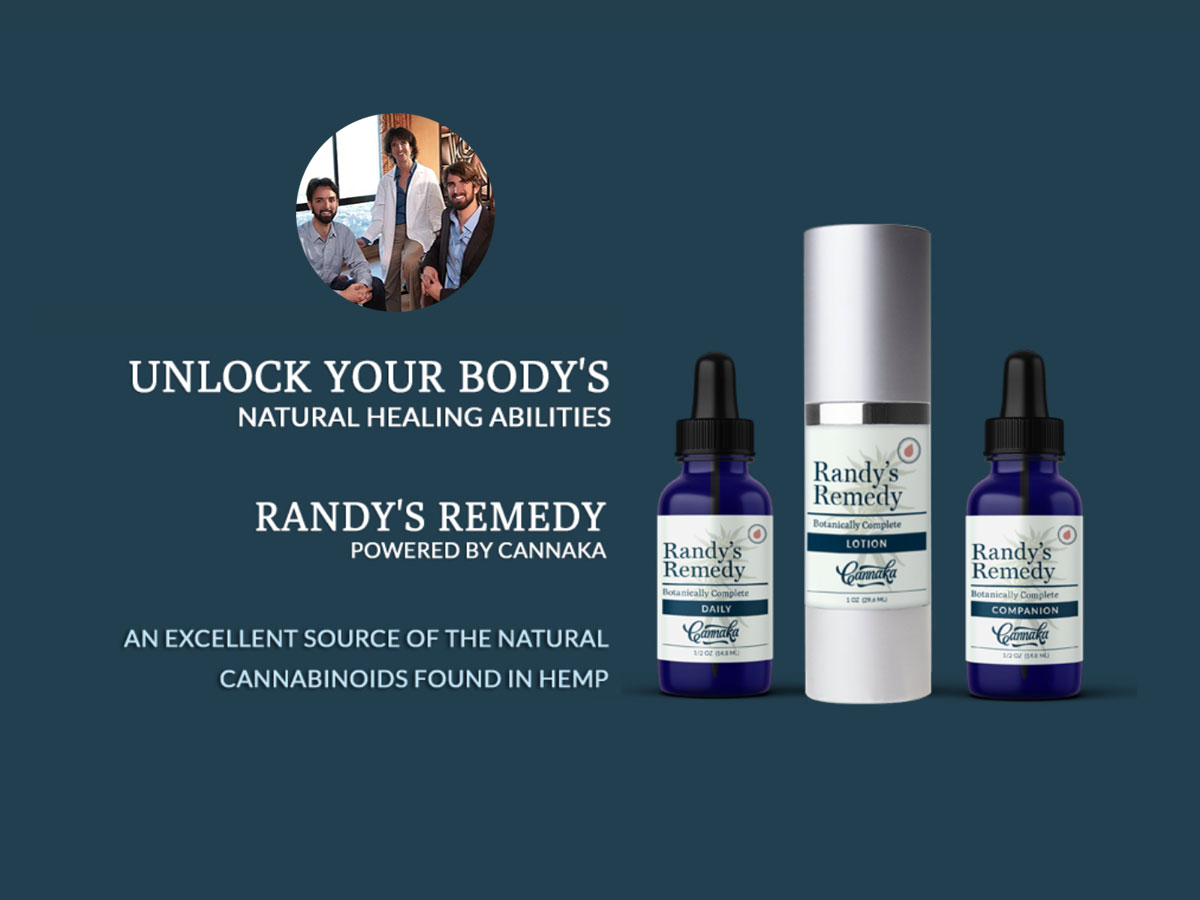 THC.com had the opportunity to talk with Tyler, Brendon and Linda about the past, present and future of CBD and how from the trauma and grief of losing a husband and father to brain cancer, Randy’s Remedy was born.

Like many people in the cannabis space we had an amazing first hand experience with CBD. Our father was diagnosed with brain cancer. It was the same condition as Ted Kennedy and John McCain and we used cannabis to effectively treat the symptoms of the disease.

Like many people in the cannabis space we had an amazing first hand experience with CBD. Our father was diagnosed with brain cancer. It was the same condition as Ted Kennedy and John McCain and we used cannabis to effectively treat the symptoms of the disease.

Now he was diagnosed in 2008 and at the time there was a real lack of proper treatments in California. The main issue was consistency. We were specifically looking for less psychoactive, non-smoking treatment and I remember we went down to the dispensary and got an extract product and it worked well and we really liked it. We went back and got more and expected it to be the same but it was totally different and the reason was because they didn’t have a consistent dosage.

Remember this is before Prop 64, we have come a long way since then. Back then there weren’t a lot of choices and manufacturers were not testing their products and so the levels of THC and CBD were totally inconsistent. This is an issue because it’s important to use it as part of your daily routine in order to regulate your endocannabinoid system.

So how did you handle the cognitive dissonance between getting high and getting better?

My husband and I used it recreationally, to get high and go party. We grew it in our backyard because that’s just what we did. It was a movement back then, a part of the culture.

This idea of “Medicinal” vs. “Adult Use” is a real revolution for our generation so when he got sick and he took it medically he was still like “aren’t you going to smoke with me”, and of course, I couldn’t I had to go to work.

Exactly, this is what they call: “euphoranoia”, feeling paranoid about feeling good about being on cannabis.

I wish we had had more access to CBD when he was alive because it would have really helped him feel better without the high, but back then we just didn’t have as many options, the products we have today just wasn’t available to us.

Correct, when he was sick from 2008 to 2010 CBD was just not an option. Back then they were just throwing away the CBD. There has been a huge change in the last 8 years.

It was really a change in the analytics. When we started Randy’s Remedy, we were very lucky to find a lab that allowed us to test the product that we were growing and we spent a lot of time looking for the plants that didn’t get you high.

That’s when we realized that there were plants that could do that, of course, now you have CBD indicas and sativas. There is a much better diversity of products because now we have labs that can analyze them.

To see the full benefit of CBD you have to use it consistently and regularly and we were looking to utilize hemp as a legal for CBD because it was legal to market anywhere.

When my father was first diagnosed we did a lot of research and learned that CBD can help tumor cells shrink while the brain cells stay unaffected.

At the time, we were dealing with the trauma of the disease, but there was this little evidence and I believe if he had been diagnosed in the future he could have been saved, a cure would have been available.  We did not act on it at the time but it galvanized us to do something and Randy’s Remedy is the result.

When we started the only state that was actively cultivating hemp was Colorado. They were one of the last holdouts. The first plant material that we sourced was from Laughlin Farms they were one of the first to start growing it after Colorado legalized it. Then Kentucky came online and they legalized it in compliance with federal law. So we moved over to a Kentucky  producer called GenCanna. They have been growing in Kentucky since 2014 and we sourced from them for a few years. Now we are working with a new source in Colorado because we work with whole plant extract.

There has been a lot of interest in CBD isolate but we believe in the full spectrum. We believe that isolation is not as effective as the whole plant extract, even thought this creates a bigger issue with state and federal laws. We did not want to go international because of issues with heavy metals.

For full spectrum, the challenges to consistency is analysis. We’re talking about being able to create a consistent product from an inconsistent plant. Today labs have been able to provide that analysis, We start with a certified analysis to know if we are going to work with a particular raw material.

In the beginning, it was very challenging and now it is much easier. Now we are focused on formulation to deliver the benefits to the user in the most efficient way possible. We work with a contract research organization to optimize the delivery of the active ingredients.

Thanks to my mother and her experience in the drug development industry, we signed with a Schedule 1 research organization. They work with cosmetic and pharmaceutical companies and we have working with them to optimize our current topical formulations to improve the absorption into the skin  2x, so twice the effect in half the time.

These are large molecules and the do not absorb into the skin, so we work with other molecules that act as shepherds to carry the cannabinoids across the skin into the tissue. It is complex when you are using compounds to maximize the aesthetic as well as the effectiveness of the product.

Where do you see the future of the medicinal cannabis industry going?

I’ve been saying for a while that I think things are going to continue along this three track program where on the one hand you have FDA approved, DEA scheduled products, for example, I think we will see more of these products like Epidolex. We will see the progression of Adult Use continue  on a state by state basis and accordingly the state medical programs will diminish. Most interestingly, there will continue to be new lots of new products.

In CBD we are very optimistic that the new farm bill will allow us to use the whole plant and that these will become more common products as supplements as well as less CBD isolate and more full spectrum products as a dietary supplement.

What I see is Adult Use Medicinal Marijuana which I struggle with as a no claim botanical but I hope will evolve into fully regulated medical product with real claims like Epidiolex. Randy’s Remedy sits in the middle, as a regular dietary supplement. Optimize anything that is absorbed through the skin.

For Randy’s Remedy, the core of our business is product development, formulation optimization, creation of intellectual property so that we can access whatever regulated market for Cannabis that might exist.

Yes, I feel it is incredibly important that we reach the older generations because these are the people that can most benefit from these products and who likely have the biggest stigmas against it, these people need information and to know their options.